Though I’ve mostly been focusing on video work, research, painting and writing, I’m still plugging away at the digital montages, developing new stills all the time as standalone pieces, and as fodder for future paintings.

I’m still using the digital imaging as a field of intense investigation, allowing time ruptures and even micro-narratives to rupture the painterly surface.

The batch of stills I produced in October and November were red and blue heavy, and I leaned away from my typical infusion of orange-pink-yellow to provide some visual variety, without losing the scheme of the digital desert. 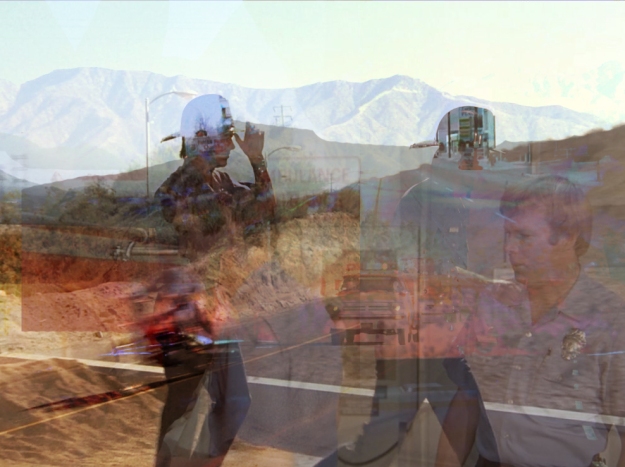 Some of them even pulled rather dark, and I allowed them to push the outer edge of my palette to see where the language was headed:

See a selection of additional digital stills in the gallery.

I’ve also quite enjoyed catching stills from my own videos, which themselves are composed of twice-removed captures: