Kevin and I had our third meeting on 11/10. We discussed several specific pieces, as well as logical directions for the View-Master reels and exhibition display.

We discussed the completed Encounter video in depth, covering everything from formal considerations to broader intellectual angles, including:

We also discussed the interactive / digital image component, the View-Master.

I explained my reasons for choosing it:

I also explained that I was a little worried about it being too kitschy or gimmicky. Kevin pointed out the View-Master itself has always been gimmicky, so there’s no reason to shy away from it. It fits well with the project, the language of commodified television, and the moving-stills aspect of the digital work.

He suggested that I make the reels stereoscopic-proper; fully 3D, like most of the originals reels. Kevin felt considering the three-dimensionality of the digital stills in a stereoscopic, or anaglyph manner carries contemporary importance, especially with increasing interest in 3D viewing, and in light of other artists investigating structure (like Godard’s Goodbye to Language, which intentionally breaks 3D, preventing typical resolution).

To do this, I can turn the original stills I made into 3D versions, or I can use tracking shots found in TV footage. Composites can develop spatial distance.

Kevin also encouraged me to consider ways of grouping images from the Cascade archive. I can approach the reels as entries in a system of typologies (gunfights, car chases, joshua trees, freeway shots…). He encouraged me logically group stills, so that there is some categorical relationship to the other stills in the same reel, and then to the project at large.

We discussed several of my original format and exhibition ideas for displaying video works in the installation. Kevin and I were on the same page with my final decision to present television ON television and we went over (agreed upon and expanded) my reasoning for leaving other formats behind, like:

Kevin also suggested that each video feels self-contained, though related through the larger body of work. They are individual works that should be considered as complete thoughts in themselves.

Since each video has that sense of individual impact, he felt they would be best be served with discrete screens set for each of the video. So, if I selected 7 videos, there would be 7 different television monitors cycling through the videos individually.

My idea had been to offer a single television, or a set of three televisions, each cycling through the videos on a playlist. Kevin’s suggestion makes more sense and in an optimal installation, each of the final videos would have a single TV presenting (and looping) them as discrete units. Knowing that my Cambridge installation will *not* be optimal (as in, I will likely be physically limited in the number of television sets that can be displayed), I will limit the video display to 1-3 TVs as originally planned, but I may adjust the videos shown, or the cycle of rotation, to more adequately address Kevin’s observation.

We will meet again in December, at which time we can discuss the newer version of Elevator, Rental (Requesting Backup) and any other final thoughts. 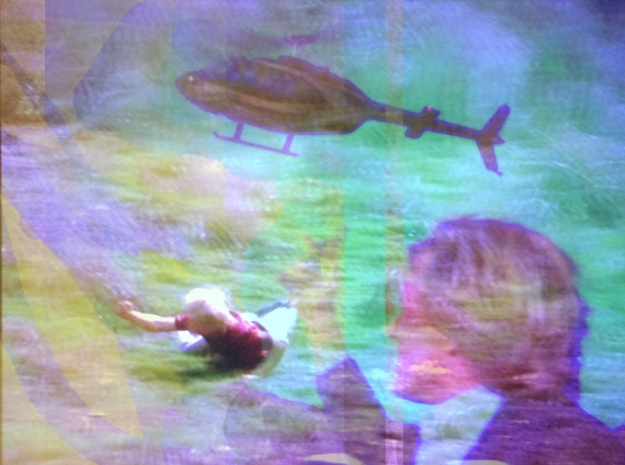